Sweetwater Spectrum, as part of its mission, encourages active resident involvement in their home, household, neighborhood and surrounding communities

Sweetwater Spectrum in the Community

Sweetwater Spectrum is an active part of life in the greater Sonoma community and beyond. It has an open campus, encouraging community involvement, while ensuring residents safety, security, and special adaptations. Residents participate in the broader community as volunteers, community participants, employees, students, advocates, performers, athletes, and artists. At the same time, members of the Sonoma community help encourage life with purpose through the involvement of volunteers, staff, visitors, friends, and family, creating active integration on our campus. 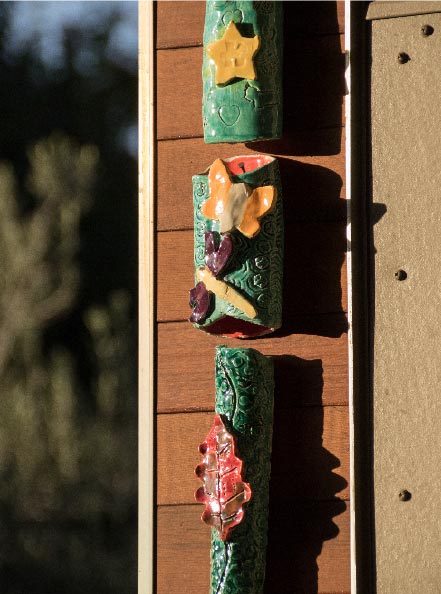 Out and About in Sonoma and Beyond

Sweetwater Spectrum residents are volunteers on a weekly cleanup crew at Jack London State Park, attend the Sonoma Farmers’ Market, and run a Tuesday Farm Stand open to the public. They work at our Sonoma Farm, planting and harvesting microgreens for sale to bay area restaurants. They make and sell crafts through online and gallery sales, perform in the Sonoma Hometown Band and Sonoma Valley Chorale, and celebrate the Fourth of July aboard a float in the parade and selling lemonade on the Plaza. Resident athletes compete in Special Olympics events, have delivered opening pitches at Sonoma Stompers baseball games, and take golf, ski, and tennis lessons. Some Sweetwater Spectrum residents attend Santa Rosa Junior College in the College to Career program, a specialized career-preparation program for young adults with developmental disabilities. And residents are employed in local businesses including Becoming Independent, and Mary’s Pizza. Additionally, a Sweetwater Spectrum resident was an invited speaker at “HCBS National Housing Conference” in Washington, D.C., as an advocate for housing for adults with autism.

Broader Sonoma is active on campus at Sweetwater Spectrum in many ways. During the summer growing season, our resident run farm stand attracts locals and tourists alike. Volunteers help with the farm, lead enrichment classes and community members regularly attend Qigong and yoga. Friends and family of residents regularly show up to visit and attend special resident-focused events such as harvest dinners, employee recognition holiday parties, house BBQ’s, and other events open to the local community, including our annual Earth Day celebration.

Both out and about and on our campus, our residents interact and engage with the local community

The Sweetwater Spectrum organization and residents give back to the Sonoma community in the following ways:

Thank you to our partners:

We’d love to hear from organizations wanting to partner with Sweetwater Spectrum. Please reach out! For example, if you have an opportunity, either paid or volunteer, for our residents within your organization, please click the button below to contact us.